When men and women buy property together 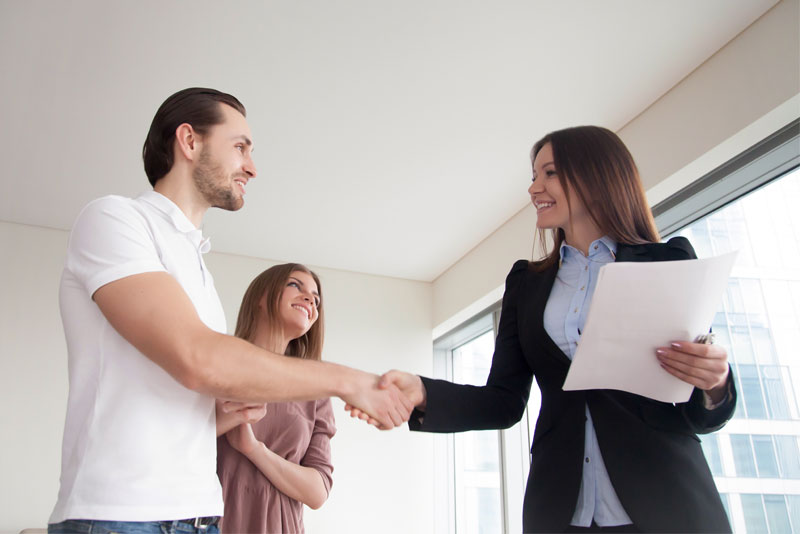 We thought it might be interesting to take a look at the dynamics between men and women when they are buying a property together. Naturally, we assumed there'd be lots of research in the area, but there’s surprisingly little. There's plenty on the general retail behaviour of both sexes, but the majority of property-specific surveys come from America. Fortunately, it seems we share more than a language with our transatlantic cousins, as the small amount of English based research we found came to some very similar conclusions.

Firstly, let’s take a look at some basic science. Retail experts point out that although there are overlaps between the sexes, our brains are wired quite differently when it comes to solving tasks. Although men have slightly larger brains, women have nearly 10 times more white matter, which gives them an advantage when it comes to assimilating and integrating disparate pieces of information.

At the risk of stereotyping, men tend to be more goal-orientated and short-termist than women. They want to invest as little time as possible in the shopping process and are prepared to accept something that ‘solves the immediate problem’ rather than ‘wasting’ energy searching for the perfect solution. Women are far more sophisticated consumers, because, unlike men, they are willing to invest the time and energy necessary to research and compare products. To put this into some sort of perspective - 85% of all retail purchases are made by women and 95% of decisions are made under their influence. Even the more traditionally masculine areas of retail, such as the motor industry, are now recognising the power of the female consumer.

So, what does this all mean for the property industry? For example, do we have the same priorities? And, perhaps most importantly, who gets to make the final decision?

From the research, it is apparent that women tend to take the same dominant role in the house buying process as they do in any other form of retail purchase. Not only do they instigate most house moves – according to one survey, 80 per cent of all first viewings are arranged by women - they also undertake the majority of the research involved.

They don’t just investigate the available properties, they also find out as much as they can about the local area - its schools and amenities. And, according to research by DWP (Department of Work and Pensions) only once they have presented the results of their labours to their partner, does the male become fully engaged in the process.

The way we view properties is different too. Men are more concerned about whether it meets their current needs, the general condition of the building and how much work it requires. Women are not only better at thinking about the long-term implications of any potential purchase, they can also take a whole array of factors into consideration at the same time, including assessing intangible issues, such as how the property ‘feels’. Women also place a higher priority on security than men. And there are disagreements over location, too, the majority of men like to live close to work, while women prefer to live close to family, friends, or other social centres.

Even the length of time we take to come to a decision is different. Having done so much background work, 70% of women make up their minds the day they walk through the door as opposed to 62% of men.

And the financial side follows exactly the same pattern, with twice as many women as men making the household mortgage decisions.

So, if we are so different, how on earth do we ever make a decision? The answer is very simple, in most cases, the final decision is in the hands of just one person – the woman. A survey by Zoopla found that women made the decision in 63% of instances. A more recent Irish survey found that women decide 97% of the time and a more informal UK survey discovered that although 75% of women said buying a house was a joint decision, 80% of men said the ultimate decision was made by their partner.

If you’re thinking of buying a new home or are looking for an investment opportunity, why not take a look at what’s on offer at our next auction at Philip Arnold. The only arguments you’ll have will be over which of our properties has the most potential!