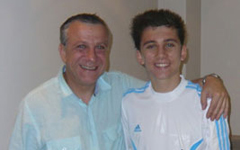 Brendons Auctioneer and Managing Partner Phillip Arnold received a nice surprise when his young son called him to say that he had won a competition run by Adidas. The prize was a trip for father 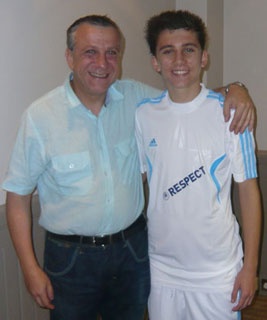 and son to watch the Champions League group qualifier between Chelsea and Marseille on 28th September at Stamford Bridge, whereby Adam Arnold would be the ball carrier onto the pitch before the game. The pair were given a luxurious evening and hotel courtesy of the sponsor and had a chance to meet the players past and present. The evening was capped nicely with a 2-0 home win by the mighty blues.

When asked about his evening Adam retorted cheekily "I think I will be more successful than my dad in the future. He performs his auction sales from the rostrum in front of audiences up to 300 people, where as I, a mere teenager am already attracting crowds of over 40,000 to come and watch me !!!"